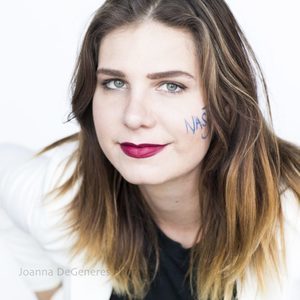 Devon is originally from the midwest, but has lived in California for most of her life. She graduated from UC Davis with a B.A. in Women and Gender Studies in 2010 and has lived in Los Angeles ever since. Before jumping into politics, she worked as website designer and developer. She is mom to one son, 2 pitbulls, and 2 grumpy ass cats. She proudly describes herself as a feminist bitch. You can follow her on Twitter @DevonHandy, where she makes a lot of bad jokes. In her copious amounts of free time (lololol), she likes to read comic books, cosplay at geeky conventions, and crochet.
Photo of Devon by Joanna DeGeneres Photography